On my business trip to Vienna we had limited time to sightsee: one evening, a full day before work began and one afternoon and evening once our business had concluded. I had hoped to attend some kind of musical performance whether it was classical music, opera or even the Boys’ Choir but as August is European Vacation Month I didn’t find anywhere offering these attractions during the times we had free.

As I was the only one of our group who had been to the city before, thanks to the stop on my Viking Danube cruise in 2017, I played a bit of tour guide and was glad I’d done a blog post about it!

Our first stop was the Schönbrunn Palace. Instead of having a personal guided tour we did the audio guide and did the shorter tour. Photos are still not allowed inside but the gardens were more beautiful in August than they were during my prior visit, which was in October. 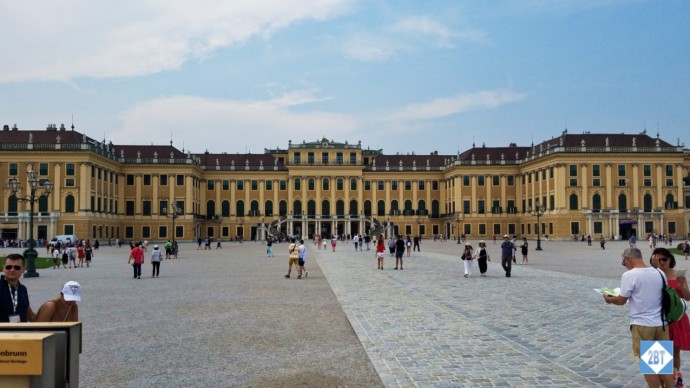 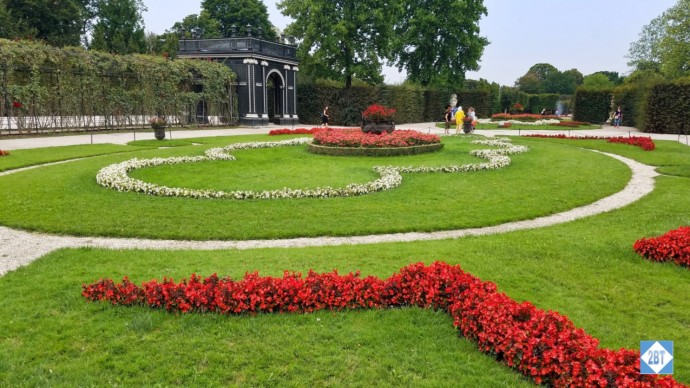 We actually had time to walk all the way to the fountain and look back at the palace. 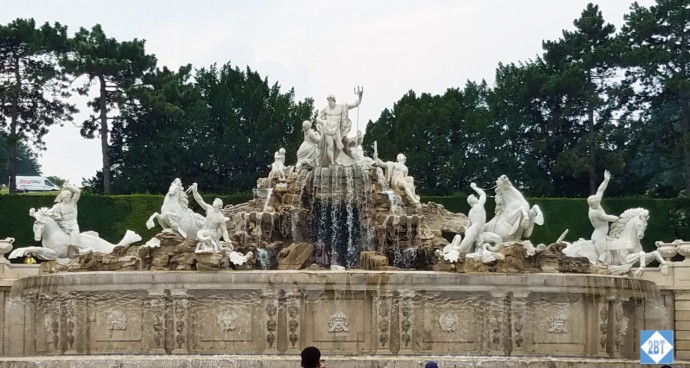 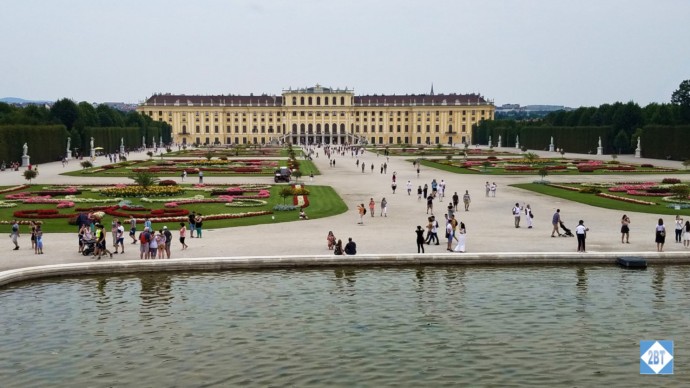 Our hotel was a fairly easy walk from Stephansplatz and over the course of our stay I made sure to see both sides of the roof this time as I’d missed seeing the two eagles and double-headed eagle on my previous visit. 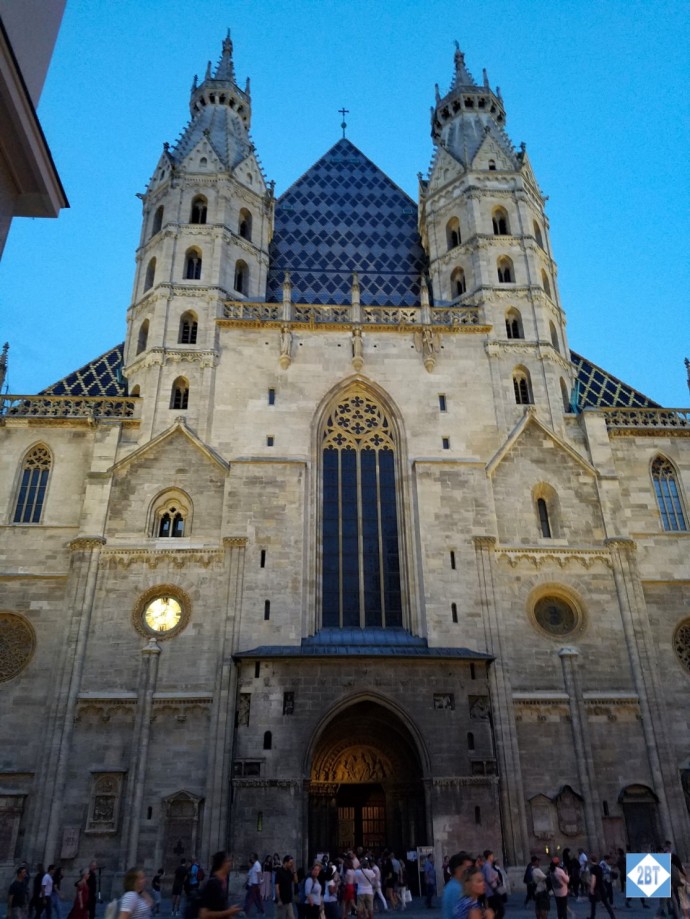 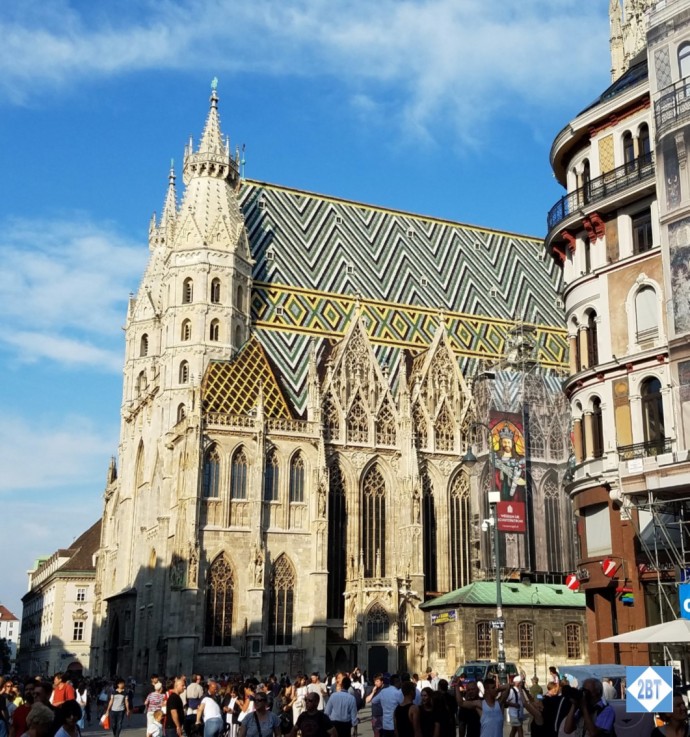 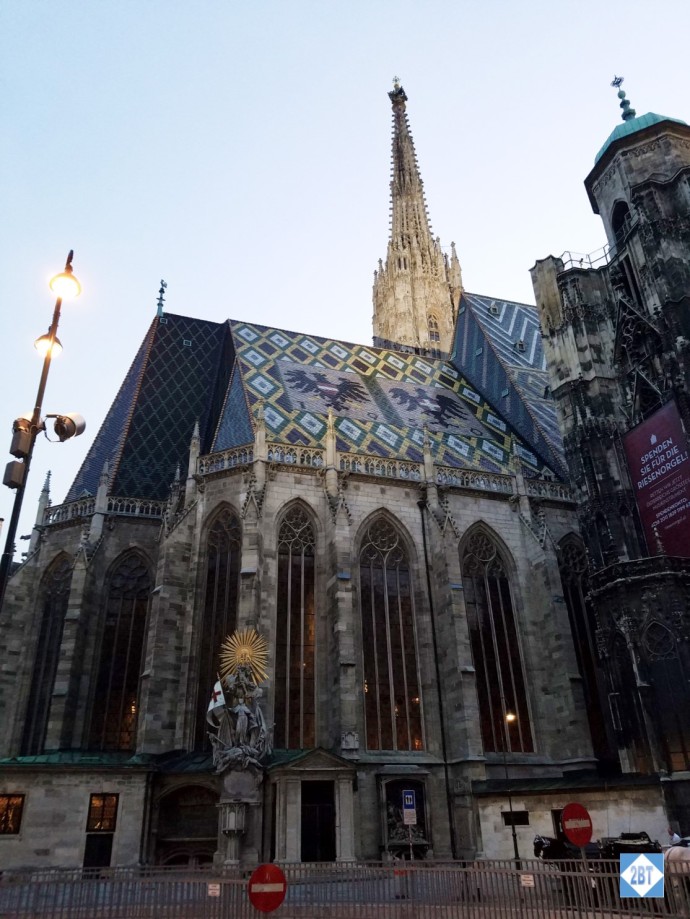 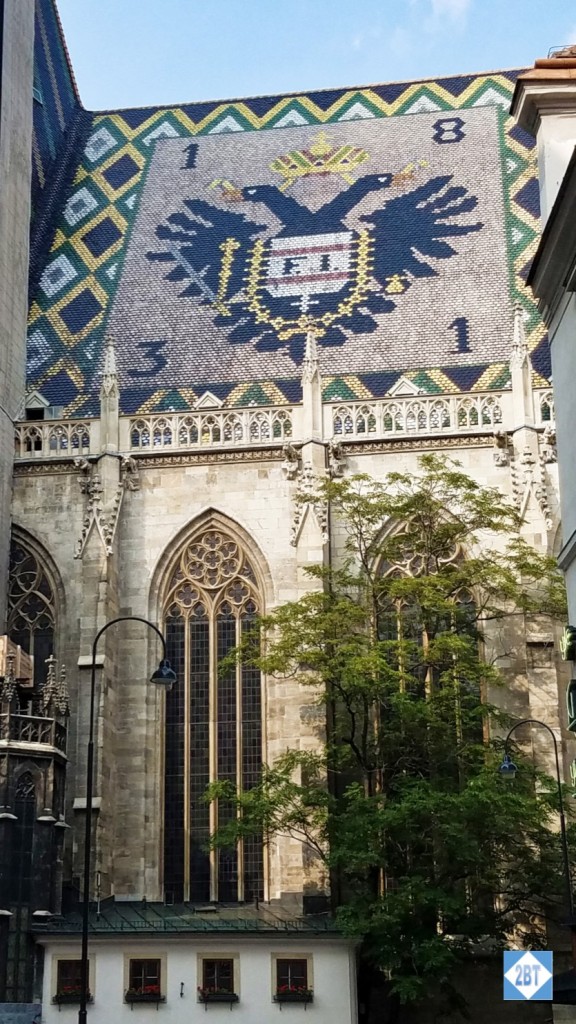 Leaving Stephansplatz we walked down Goldschmiedgasse (Goldsmith’s Alley) and saw St. Peter’s Catholic Church just off to one side. We didn’t have time for a visit but just the facade we saw was pretty. 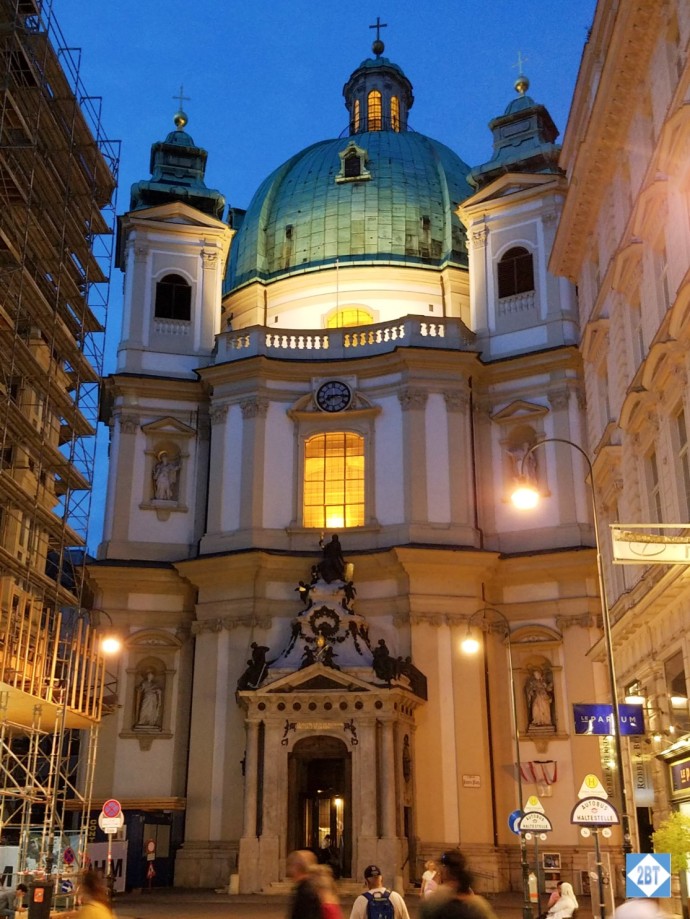 We reached Hofburg Palace just before it got fully dark and I loved the way it was lit up. The royal blue sky made for a perfect backdrop. 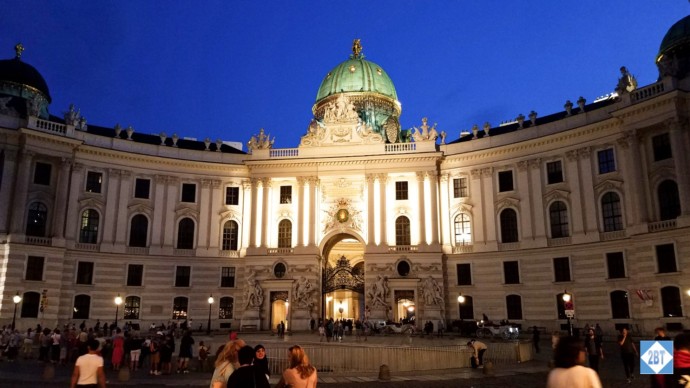 We walked through the central archway, looked up and got a nice view of the inside of the dome. The netting keeps the birds from settling along the edges. 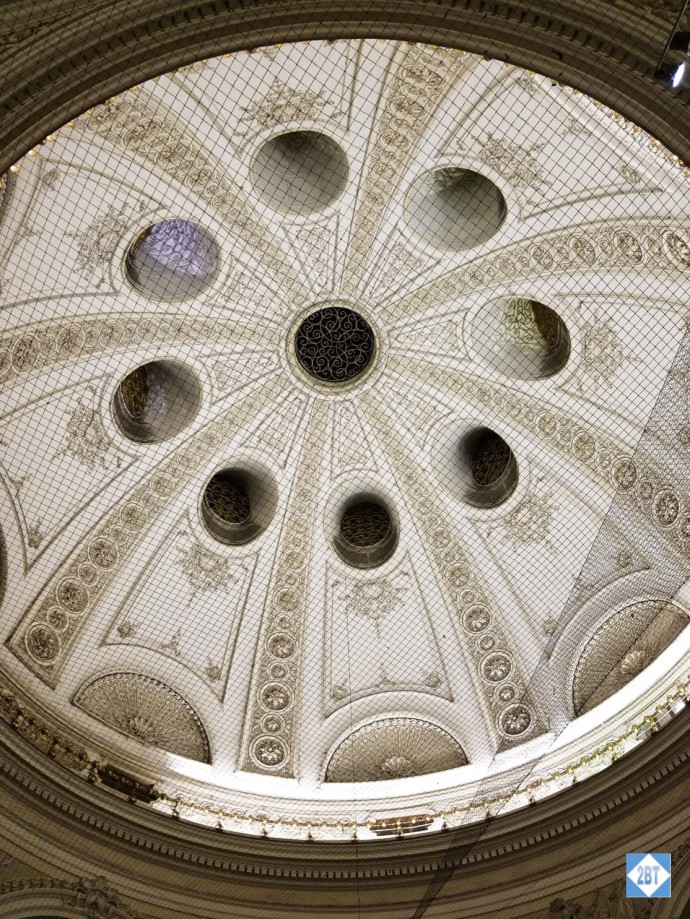 Walking back to the hotel through the city park (Stadtpark) we saw the golden statue of Johann Strauss playing his violin. 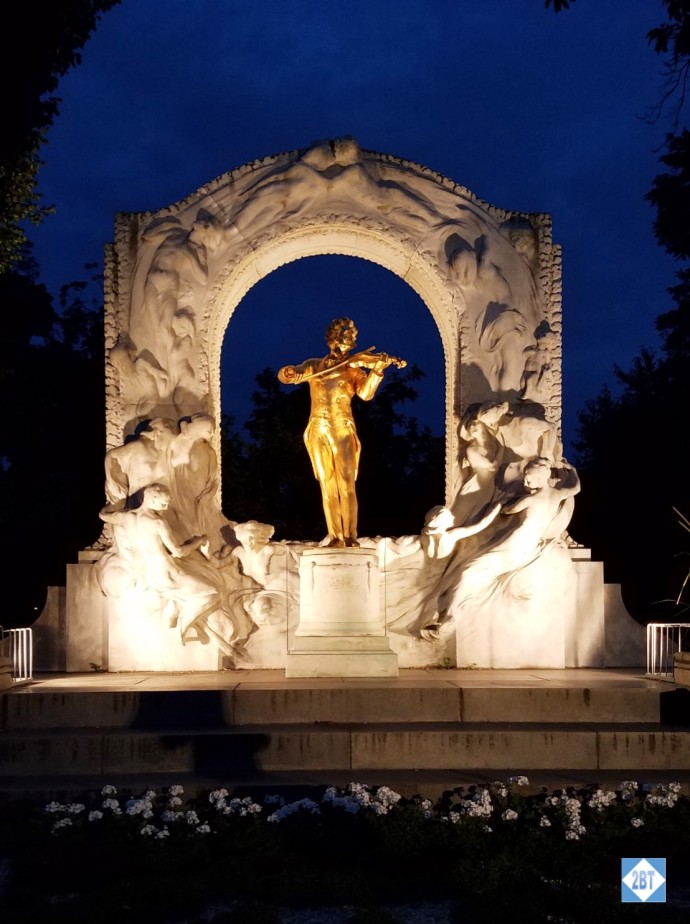 On our last evening we walked through the Volksgarten, which is across the street from Maria-Theresienplatz. I’m not a huge garden person but I liked all the green space in the city. 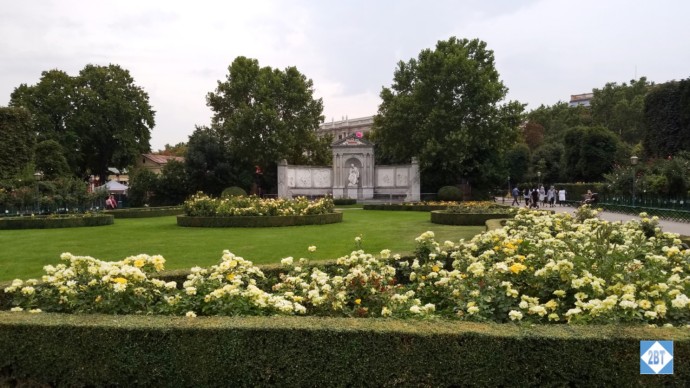 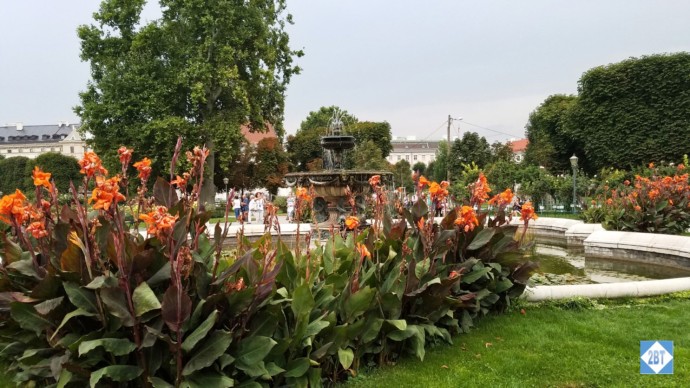 Vienna is a lovely city and I hope to come back yet again when I can find performances of the composers whose music made this city famous. Based on my experience with air conditioning at the hotel I hope that will not be in the summer!

#TravelTuesday photo: a #coatimundi waits on a bench in #Tulum, #Mexico (credit: @rsskeeziks)