Major Sites to see in Istanbul

Istanbul is a teeming, vibrant city and there’s no way to see everything in the short period of time that we were there. Having spent a single day here previously I knew I wanted my friends to be able to see a few of the highlights during our short stay. Once again the folks at SeaSong provided us with a guide and a driver, which made getting around quite easy. I won’t go into a lot of detail because these are major attractions and there are plenty of websites that will cover these in more depth but here are what I’d consider our highlights:

These are the three attractions that garner the most attention and they’re definitely worth visiting. They’re all within walking distance of one another so it’s very convenient to see them together. We visited the Blue Mosque and Topkapi in the morning, stepped away for a bit to have lunch, then came back to do Hagia Sophia in the afternoon. Since SeaSong had arranged our tours, they took care of getting the tickets and we had our own private guide, which was terrific. It’s so nice to be able to go at your own pace and have a guide who can answer questions rather than being rushed through or only having an audio guide.

Fountain in the courtyard inside the Blue Mosque

Egyptian Column in the Hippodrome outside the Blue Mosque 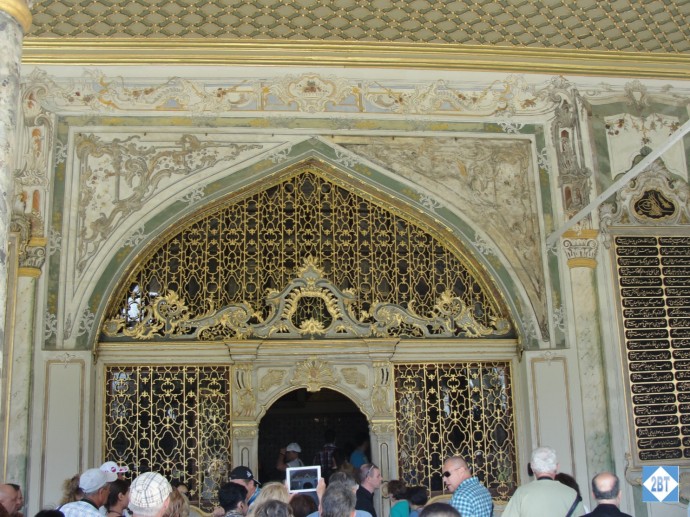 Ornate Gate inside the Topkapi Palace 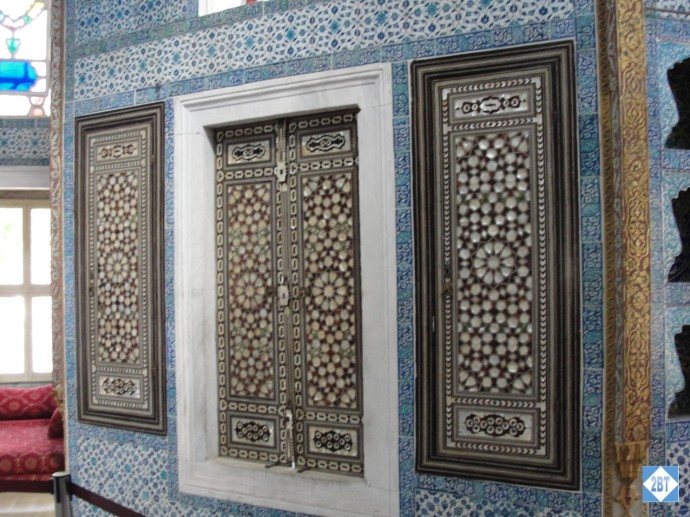 Tilework on the wall of a summer pavilion at Topkapi

Mural inside Hagia Sophia. While the building was a mosque, murals like this had plaster put over them.

After visiting the Big Three, our van whisked us away to the Grand Bazaar. It’s one of the largest covered markets in the world with 60 streets and 5000 shops. It’s always busy, attracting between 250,000 and 400,000 people daily. I love the signs in its midst that indicate it’s been open since 1461 – that’s over 550 years! Note that it is closed on Sundays and closes at 7 pm nightly. If you’re on foot, it’s about a 15-minute walk from the Big Three but there are also three tram stops nearby.

The Dolmabahçe Palace is the European-style palace that was once the residence of the head of state. Mustafa Kemal Atatürk, considered ot be the father of modern Turkey and its first president, lived here and used the palace even after his presidency. It was here that he died in 1938. The palace is right on the Bosphorus which I imagine would be great in the summer since it could get the breeze from the strait, since there is no air conditioning here. There’s also a cafe on the grounds and we enjoyed having a dessert there after we took the tour. It’s just down the (rather steep) hill from the Ritz Carlton so we walked down there and took the tour ourselves. The box office was cash-only but fortunately we happened to have enough cash with us. There are several types of tickets that will let you into various parts of the palace. Don’t forget to check out the ornate gates that face the main road just outside as they’re quite beautiful. 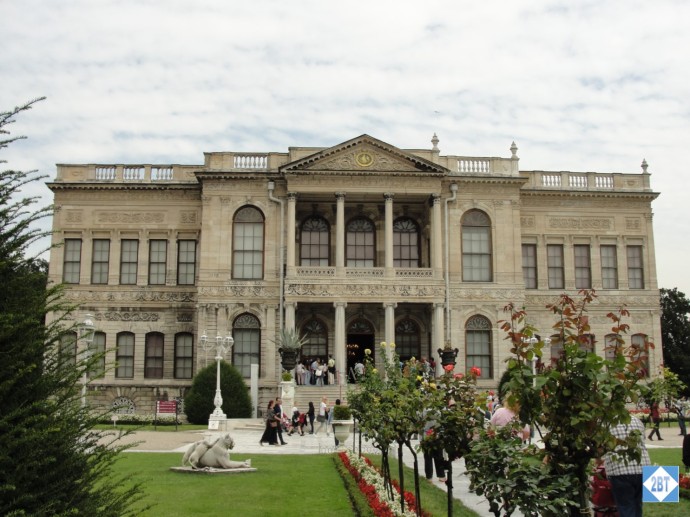 Dolmabahçe Palace gate from the street

After three nights at the Ritz we moved on to the Radisson Blu Bosphorus which is situated right on the strait. It even has its own small dock, which made it a perfect place from which to take a cruise. It was so pleasant out on the water and we got to see a side of the city that’s not as easy to view from the land. The folks at SeaSong arranged this for us and we were able to use their services to move our bags from the Ritz to the Radisson, check into the hotel then hop right on the boat for our cruise, which was very convenient.

Remains of fortress walls as viewed from the Bosphorus 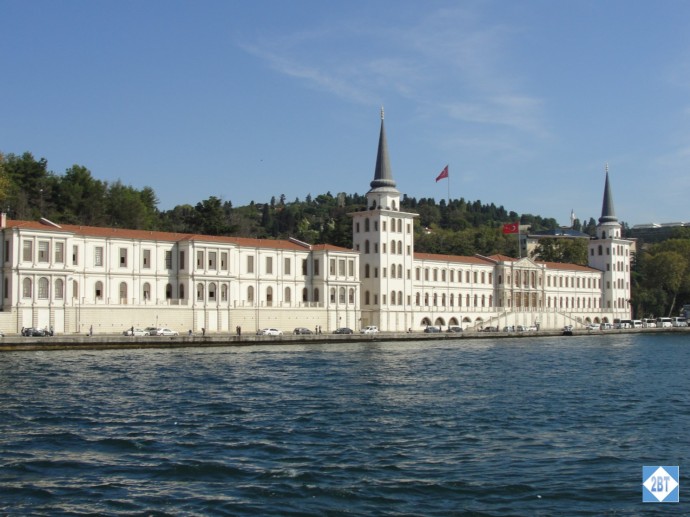 Another view from the Bosphorus cruise

The Ritz is very close to Taksim Square, which has all kinds of food and a bit of shopping as well. There is a steep hill leading up to Taksim but that just made for an easier walk downhill at the end of the night. We ate dinner in this area several times and between Yelp and the Ritz’s concierge we were able to select a few very reasonably priced options for our dinners. There are also lots of ATMs in this area. 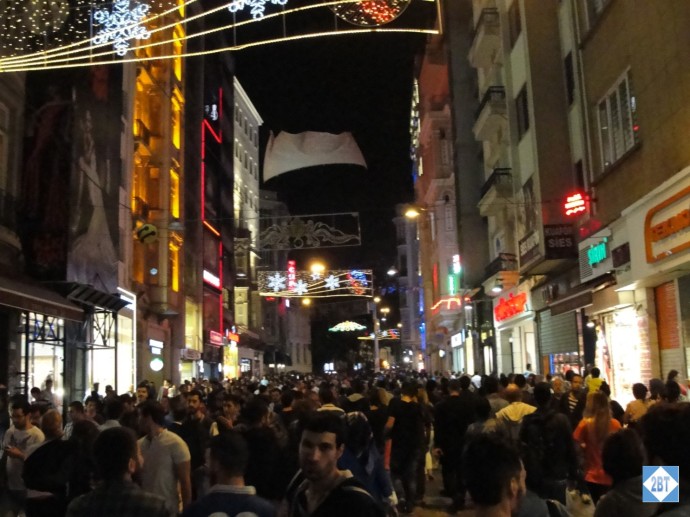 Finally, what’s a trip to Turkey without seeing how Turkish rugs are made? We did stop for a bit in a rug shop to see the demonstration and of course they brought out rug after gorgeous rug to tempt us. While the rugs were definitely priced well under what we’d pay for them here in the US, they were still outside my budget, sadly.
Of course there’s lots more to see in Turkey like the train station, home for the Orient Express, where the Whirling Dervishes perform, loads more mosques and temples to see and other markets as well. It’s definitely a city that deserves more time that we had to give it but hopefully one day we can return.