Danube Trip: Brussels Adventures and Getting to Prague

When booking our flight from Chicago to Prague we had a couple of options: a long layover in Brussels or taking a second stop in Vienna.  I originally preferred the 2-stop option as we’d have arrived in Prague earlier but my friend preferred the 1-stop option.  And then I remembered I had a Twitter friend who lived in Belgium and thought perhaps we could meet up.

We each had a carry-on bag and a personal item that we’d brought on our flight.  Since we didn’t want to lug that with us into the city center, we took them all the way downstairs and outside to the covered area where there are lockers.  It ended up costing us 7 EUR for a single large locker. You make a deposit to get a locker assigned and then you get a slip of paper with a code.  When it’s time to open the lockers, you enter a code and the machine will tell you the cost.  The machine only takes certain coins and you’ll need exact change.  There’s no change machine nearby and if you want to go back into the airport you’ll need to re-clear a first line of security.

We went back into the airport and found the ticket office where we purchased a round-trip ticket to the city center.  We didn’t have to wait very long at all before we were on board for the 15-20 minute trip.

Some levels of the Brussels city center station are quite pretty but others are not.  We found our way outside where it was raining just a little.  As in many European cities there was a beautiful church nearby, in this case the Cathedral of St. Michael and St. Gudula.  This version of the church building was erected in the early 13th century and took about 300 years to finish.  It underwent a significant restoration 1983-1999. 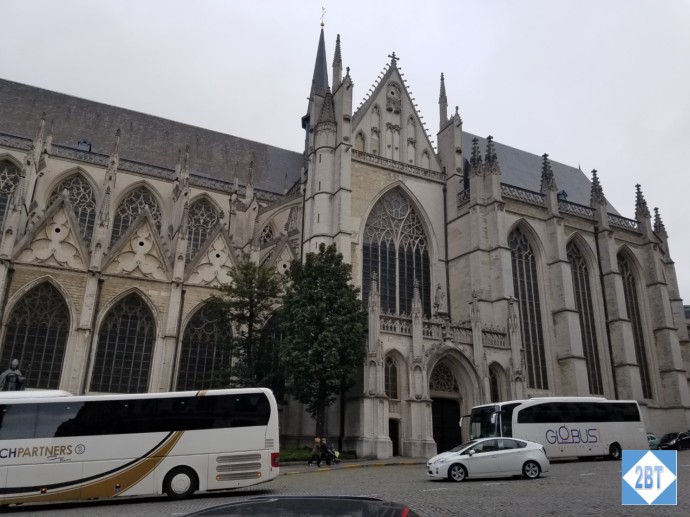 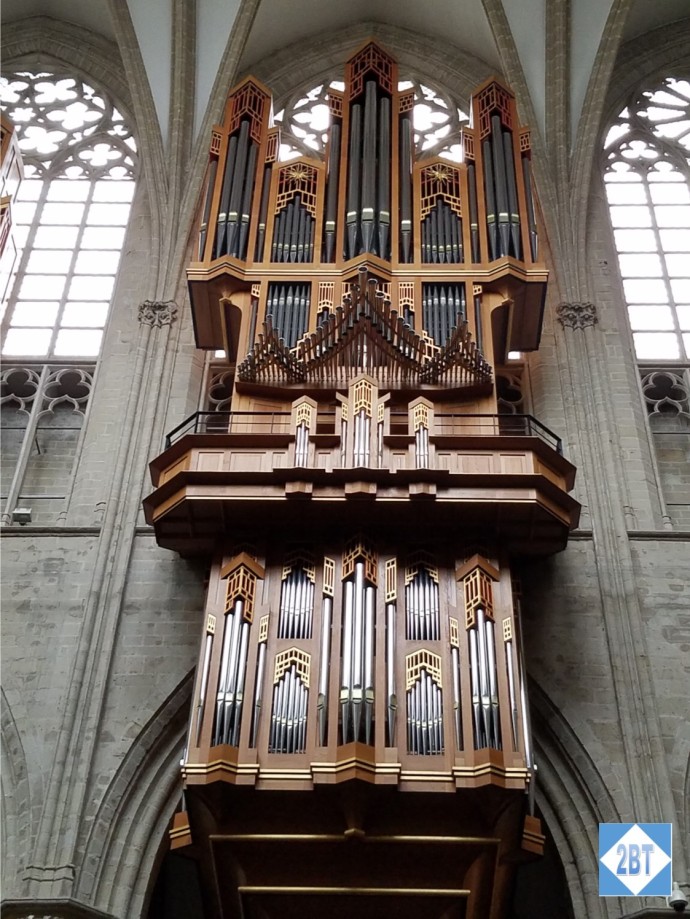 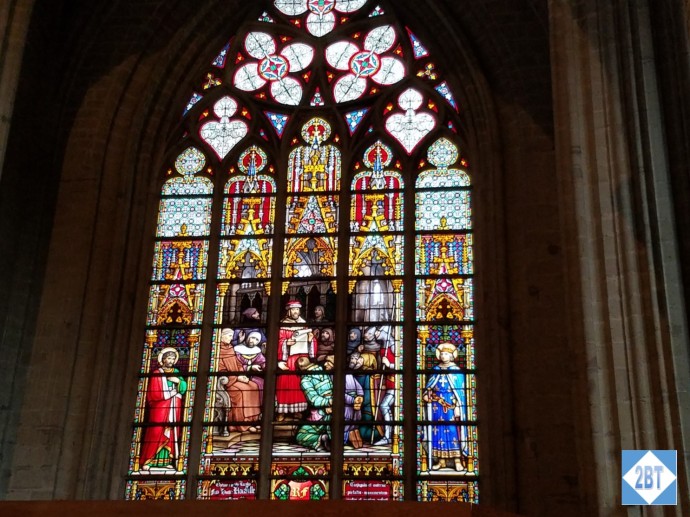 My Belgian friend arrived and we settled down in a small cafe near the train station to enjoy a nice meal.  So much better than plane food!

Though she doesn’t live in Brussels, she still was able to navigate us around the area.  First stop, the famous statue called Manneken Pis.  Yes, the peeing boy statue that dates to around 1618 or so. There are a number of stories as to its origin but many of them are for tourists only, it seems.  The locals do dress the statue for various occasions, but he was dressed only in his bronze skin for our visit.

Just a few blocks away was the Grand Place, a large multi-purpose area that’s often the home of flower shows or Christmas markets.  But as we were there between holidays it was simply a large courtyard though the surrounding buildings were interesting.

We strolled down some pedestrian streets with multiple chocolate shops on either side.  We each managed to control ourselves and not go hog-wild over the wares.  But we each bought enough to keep us happy throughout the trip! 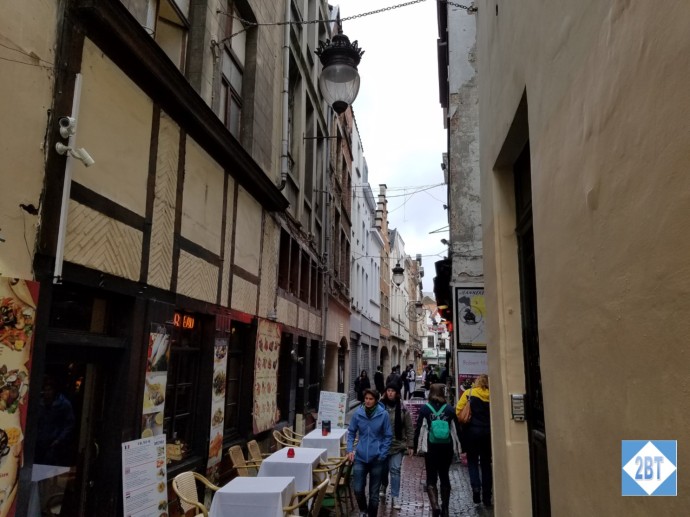 Soon enough it was time to get back on the train for the airport.  We managed to reclaim our carry-on luggage, get past the security checkpoints and run the gauntlet of duty-free shopping to find the Brussels Airlines lounge.  As it was quite a busy place, I did not take photos but we wished we’d checked it out before we went into town.  They had free lockers there where we could have left our bags.  Showers and nap rooms were available too.  Self-serve beverages were on hand though I can’t recall if there was any food or not.  But having just eaten that wasn’t an issue for us.

Our gate was just a two-minute walk from the lounge and though boarding was a little chaotic, we all got in our seats relatively quickly.  Since this was intra-Europe business class, the “business class” section was just the first two rows on the ABC side and only the bulkhead row on the DEF side where we were.  They did offer a single-tray snack, mostly cheese and crackers.  I took the tray just to see what they offered.  My friend decided to nap instead.

Since we landed as an intra-Europe flight, there was no Customs paperwork to fill out.  After collecting our luggage we simply walked through the “nothing to declare” exit and found ourselves in the arrival hall.

We’d arranged a pickup with Blacklane and our driver was waiting for us. He had a large SUV that easily handled our big suitcases plus our carry-ons.  Though he didn’t speak a lot of English, he obviously knew the area and took some side roads that kept us moving when we could see the expressway was bogged down with rush hour traffic.  He dropped us off at the Marriott Courtyard, our home for our first two nights in Prague.