Our first port of call was Nuremberg, Germany.  It seems a little odd to refer to it that way since we’d had to take a train out of Nuremberg to Erlangen, just so the boat could float back to Nuremberg overnight.  The cruise has a number of tours that are included with the price of the trip.  In this case a city tour was included.  While my friend and I would have enjoyed that, we decided to pay for the World War II tour.  We had no trouble following our guide as he was a 7′ 6″ former basketball player at Davidson College.

Our first stop was the Nazi party rally grounds. Six party rallies were held here between 1933 and 1938. The grounds encompass 11 square kilometers and include a number of buildings. We exited the bus at the Zeppelinfeld, a deployment area that still had the grandstand or Reichsparteitag where speakers – including Hitler himself – would rally the troops.  During its prime a massive Nazi swastika was mounted above the central part of the stands but after the war explosives were used to remove it.

The Reichsparteitag as used by the Nazis
By Kurt Wittig (Privataufnahme) [Public domain], via Wikimedia Commons

The Reichsparteitag as it is today

Across a small lake we could see the Congress Hall. Modeled on the Colosseum in Rome, it was designed to house the Nazi congress and to have the world’s largest glass roof but the building was never completed.  Instead of the circular design of its model, it remains in a U-shape.  As it turned out, the design could never have supported a glass roof anyway.  Today it has been divided for two purposes: one side is a museum hosting a permanent exhibition called Fascination and Terror (obviously about the Nazis) and the other side is home to the Nuremberg Symphony Orchestra.

Congress Hall from the parking lot of the Zeppelinfeld 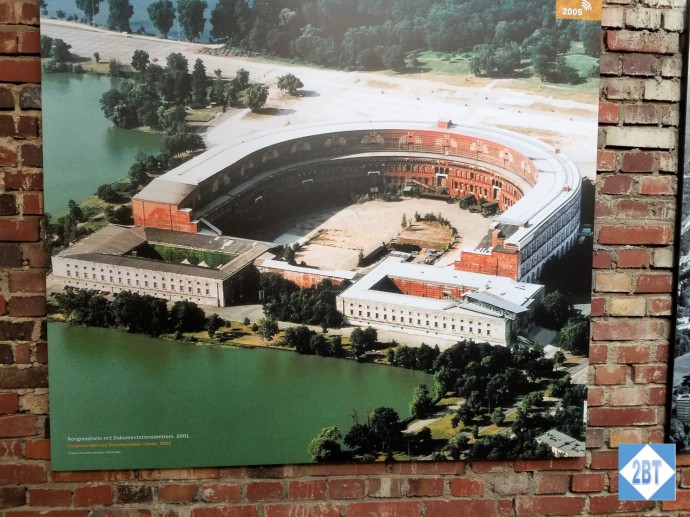 Aerial view of the Congress Hall as seen in its museum

The inner area of the Congress Hall. Largely unused except as a storage area for the booths for Christmas markets.

Our final stop was the Palace of Justice. While the building is rather bland on the outside you can’t help but notice the large wall that surrounds it.  Once inside we visited Courtroom 600, home of perhaps the most famous trial ever.  It was in this courtroom that the main surviving war criminals were put on trial.  One reason this city was host to the trial was that the courtroom has a direct tunnel to the adjacent prison, giving the prisoners less chance to escape.

Unlike the current setup with the judges at the far end of the room, during this trial they sat on the right, which is against the outside wall.  The criminals were brought in from the prison through a hidden door that opened right into the space where they sat for the trial.  The back wall of the courtroom was removed during the trial because there were so many journalists trying to cover the proceedings.  The room looks so peaceful now but it’s not hard to visualize exactly how things happened during the trials that lasted from 1945 to 1949. 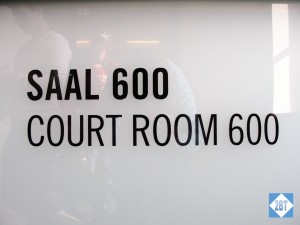 Where high-ranking Nazis were put on trial

Our morning tour was over and it was time to return to the ship.  After lunch and our safety drill,  we attended a talk about the region of Bavaria.  We stayed for most of it but found ourselves so sleepy that we took a well-deserved nap instead.  I hate that we missed tea which was featuring German favorites and the chance to learn a few German phrases.  This was my second trip to German-speaking nations and while I’m getting better at recognizing a few words I still have a long way to go.