The Regent Beijing is located in the Dongcheng District, a 16.16 square mile area which seems to cover the geographical city center. The Forbidden City, Tienanmen Square and Mao’s Tomb are all considered to be inside this district along with Jingshan Park, the National Museum of China and the Lama Temple. As of 2010 over 900,000 people live within this district.

Dongcheng in relation to the rest of Beijing

Close-up of the Dongcheng District. The site labeled The Palace Museum is the Forbidden City. Tiananmen Square is on its south side, just above the red line.

But for the six of us who arrived a day early, all we knew was that just walking down the streets near our hotel provided some very interesting sightseeing. Just a few doors down were a couple of banks where we could use the ATM to get cash. Just beyond that we started to see familiar stores up ahead. 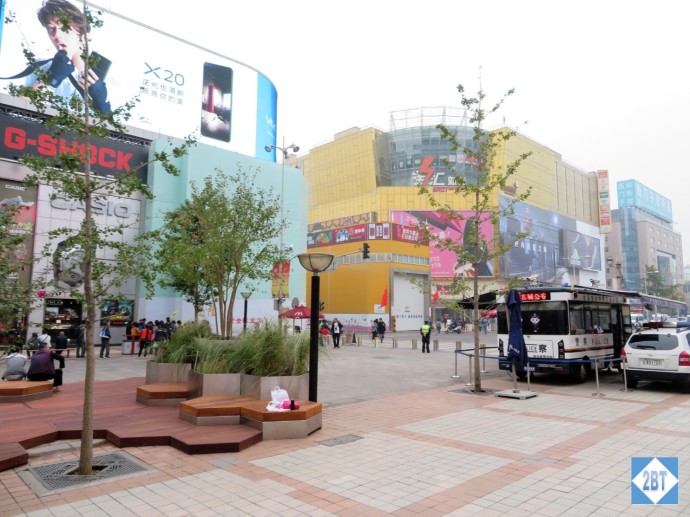 We decided to see if malls in China were different so we visited Xindon’an Square where we found lots of exotic store names like Apple, Omega, McDonald’s, Starbucks and Rolex along with plenty of other stores we didn’t recognize. This was a multi-story mall and even though it wasn’t lunch time we enjoyed cruising through the food floors just to see what was different.

The pepper in the Mexican hat would seem to indicate Mexican food but we weren’t sure.

As we started back to the hotel, we walked alongside the smaller shops, poking our heads in when we found something interesting.

I don’t recall seeing a supermarket of any large size in China but some of the food markets sold a lot of other goods too – they were just tucked down below street level in much smaller stores.  Scenes from the supermarket: 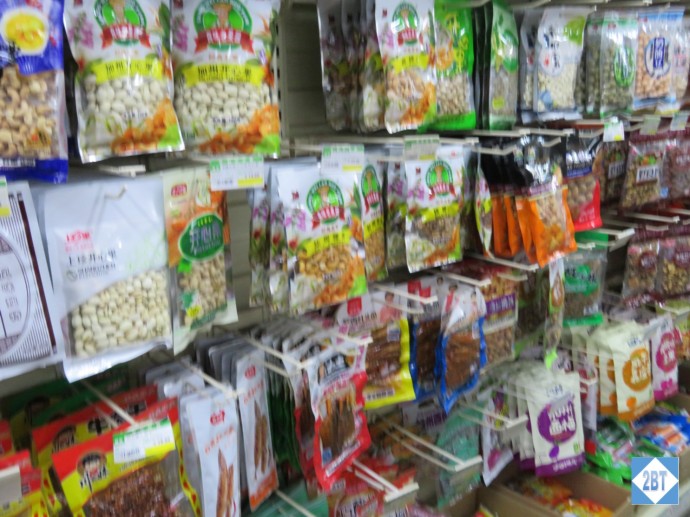 We’d had a somewhat late breakfast and were still a little jet-lagged so we came back to the hotel in the early afternoon and napped for a little bit. It worked out well as the morning had been gray and a little misty but the rains really came back in the afternoon and we were snug inside.

The group who’d bought their air through Viking arrived that afternoon and we were able to dine together in the hotel’s Italian restaurant. We were a little surprised there was no welcome reception or dinner but we later learned that some of the folks who’d booked through Viking had travel delays and some didn’t arrive until 2 AM or so – and then had to get up the next morning for our first tour. I was so glad we’d decided to arrive a day early!