The Tokyo City Tour was, frankly, a bit of a letdown. Perhaps it was that we’d been traveling for two weeks at this point but the tours from the Viking staff were just better than the ones on this extension. The guide didn’t have a microphone and we didn’t have headsets. Granted, the group was smaller but there’s just so much more you can learn if you can wander a little bit but still hear the guide’s spiel. I will definitely think hard before paying for another Viking extension.

Our first stop was not far from the hotel. We were let out near the Sensō-ji, an ancient Buddhist temple. It’s actually just one of several buildings on the grounds and there’s the Nakamise shopping street leading up to the grounds. Since we were just let out near the site, we didn’t really know what we were looking for or looking at which was disappointing after being spoon-fed during the previous two weeks.

The first temple on this site dates back to 645 AD after a sacred statue was found in a nearby river. This is the oldest temple in Tokyo. 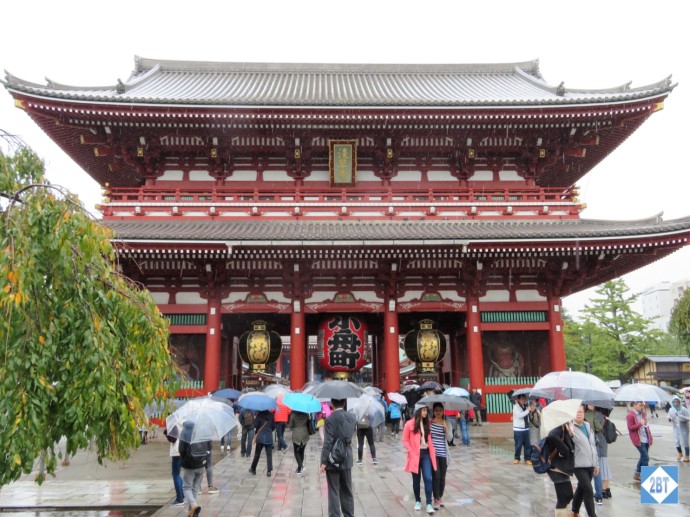 Between the gates was the Nakamise Shopping Street with dozens of small shops selling all kinds of things as well as larger stores off to the sides. Everything was open-air so I would imagine it was quite chilly this winter when Tokyo got some snow! I was able to pick up an official Tokyo 2020 Olympic t-shirt to add to my collection, which was a nice addition. 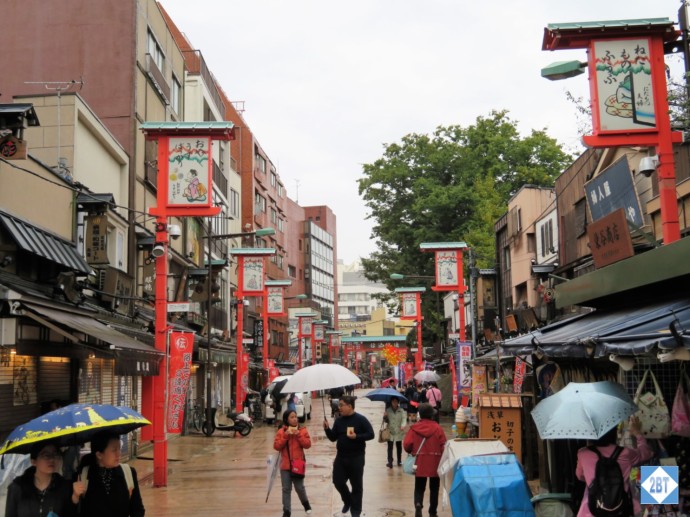 Then it was back on the bus where we drove to a park near the imperial palace. Near the parking lot was this statue of Kusunoki Masashige, a 14th-century samurai who is considered the ideal of samurai loyalty. He fought the Kamakura shogunate during the Genko War to try to return the rulership of Japan to the Emperor. Though he died in 1336 he received the highest honor from the Japanese government in 1880. He was a sort of patron saint to the Kamikazes in World War II who saw themselves following in his footsteps by sacrificing their lives for the Emperor. 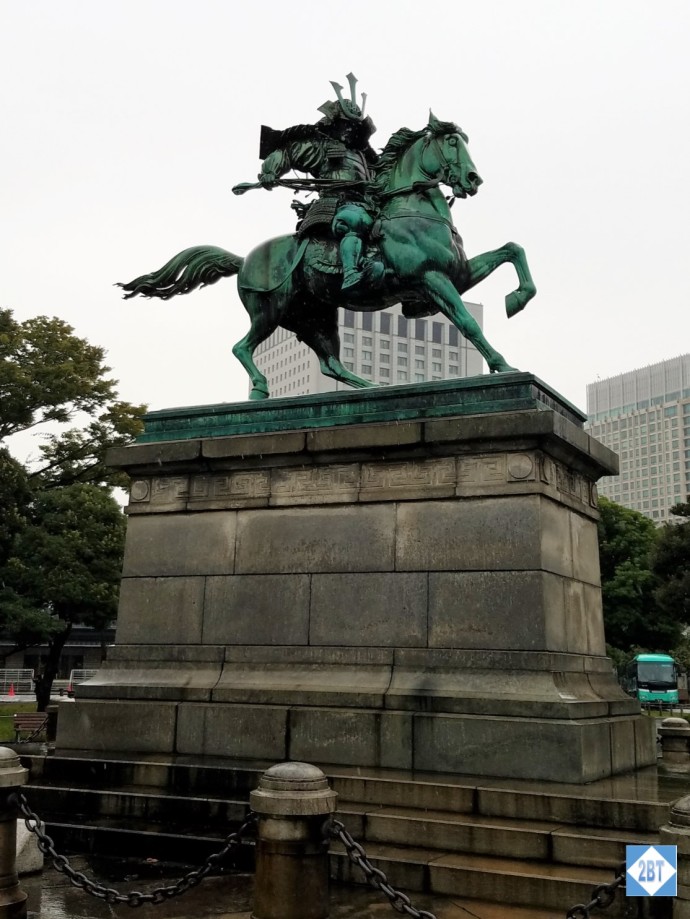 As for the Imperial Palace, well, what we could see of it was nice but unsurprisingly tourists can’t get very close. The residence sits on about 280 acres in a park-like setting. This was the site of Edo Castle, which is the place where various shogunates ruled Japan until 1868. Since Edo Castle was primarily wood, there is little left of it as over time sections were replaced by stronger materials. While there are tours available, we did not take one. On the emperor’s birthday each year one of the inner gates is opened and the imperial family appears on the balcony. 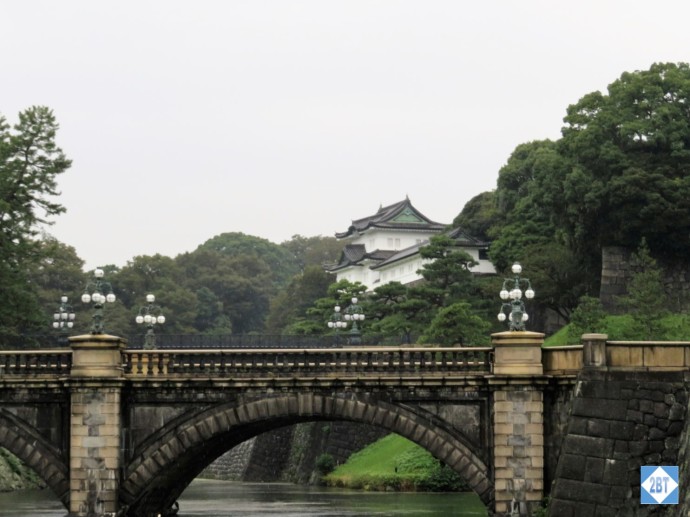 The Rest of the Day

After leaving the palace area our final stop for the day was a high-end shopping area. Lunch was not included. Unlike sprawling US malls, this one was much more vertical, probably 7 or 8 floors and up and down the street there were other shopping areas like this one. The tour guide gave us a meeting time when the bus would be leaving though we were free to make it back to the hotel on our own via taxi or subway. None of the three of us cared to stay in the area any longer though some folks in the group did choose to stay. While we found the tour a little disappointing, after two weeks of travel we were actually kinda glad to be able to head back to the room and rest for a little while.

That night we had a traditional multi-course Japanese dinner with appetizers, sashimi, fish, steak, rice and dessert. It was quite good and it was amazing to drive through the city with everything lit up in neon. We had one more day to go and while we didn’t realize it yet, the rain in the city actually meant good things for our tour the next day.

#TravelTuesday photo: what remains of the columns supporting the Temple of #Poseidon in #Sounio, #Greece 🇬🇷