Our Time in Queenstown including Doubtful Sound Tour

In July 2006 I traveled to New Zealand with a ski group and we spent several days in Queenstown. We took a couple of day trips out to ski resorts but spent time in the cute town as well so I was excited to return. Unfortunately we did not have great weather during our visit and I’m bummed my friends did not get to enjoy the town as I did.

Despite it being spring (late October) it was still pretty chilly and rainy. The day we arrived it was quite cool and while we carried umbrellas with us, at least we didn’t need them. We spent an hour or two wandering the streets, popping into stores that struck our fancy and we booked our tour of Doubtful Sound for two days later.

Mum always told you to cross the street at the zebra crossing!

This is a Moa, which became extinct about 200 million years ago and was the largest flying animal in NZ and the tallest bird in the world.

Then we went to Skyline Queenstown, a place I recalled was a lot of fun on my last visit. It’s quite a walk up to the Skyline base. The roads are all paved but are quite steep in places so if you have mobility issues you will want to get a ride there. From there we booked a ticket that included a ride in the gondola (similar to those at ski resorts or a sky bucket ride you’ll find at amusement parks) up to the activities level. There you’ll find both a casual deli/coffee shop and the Stratsofare Restaurant & Bar which has not only dining during the day but also in the evening when you can look out over the lights of the town.

There are a number of activities based here including a (mountain) bike park, an alpine luge, several hiking trails, bungee jumping and, at night, stargazing. We bought a 2-ride ticket on the luge and had a blast. There are two tracks and everyone starts on the beginner track and then you can choose to do that track again or take the more advanced one on the second run. We rode both tracks and I’m sure you could hear our laughter ringing out as we tried to pass each other.

After taking our runs we stopped in to warm up at the coffee shop. On that same level is an observation deck with lovely views of the city and Lake Wakatipu. 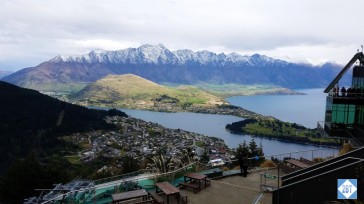 The following day we were about a week into our trip and the rainy weather made it an easy decision to take a day just to rest and do laundry. Having a restaurant in our hotel building made it so easy just to pop over there for lunch and dinner and it helped re-energize us for the rest of the trip.

Doubtful Sound is a UNESCO World Heritage Site on the southwest coast of the southern island of New Zealand. It’s not too far from its more famous cousin, Milford Sound. I had done Milford Sound on my previous visit and with a recommendation of a Kiwi now living in the US we decided to do a different tour this time. And it was lucky for us that we did. The rain we’d had on the previous day turned into snow in some places and that included the road between the mountains on the way to Milford. I believe that day’s Milford tour was cancelled but our tour went on as scheduled.

Our tour included a taxi to take us to a specific bus stop and the tour’s motor coach picked us up there. At that point we had about a 2.5-3 hour ride to our first boat. We did make a stop along the way as there were no facilities on board the bus. We first boarded a boat that took us across Lake Manapouri. From there we took another motor coach across the Wilmot Pass. (If you’re staying in Te Anau or can get yourself to Manapouri on your own, the price of the tour is cheaper.) Once over the pass we spent several hours cruising the sound (which is really a Fjord) and then came back the same way.  We were very fortunate with our bus driver, Gillian, who was very knowledgeable but also had a good sense of humor and made the ride fun.

The boats have surprisingly good restrooms and free coffee, water and tea while on board.  The narration has lots of good info but unless the speaker has a deep, resonant voice it can be hard to hear over the noise of the engines.  The whole operation is very eco-friendly with recycling nearly everything we used.

I’ll let the photos speak for themselves as I don’t have a lot more to say about Doubtful Sound except to be sure to go there (or to Milford) when you visit New Zealand. It’s a gorgeous way to spend a day! 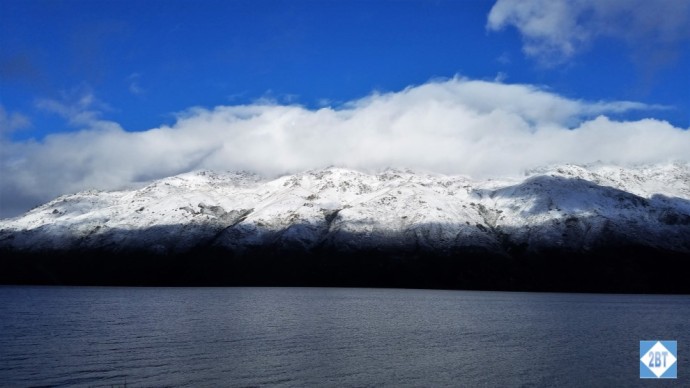 Mountains over Lake Wakatipu on the way to Doubtful Sound 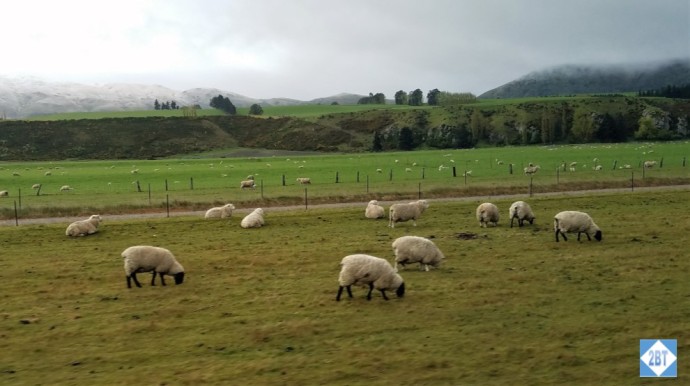 Along the way we passed NZ’s most populous residents. There are over 5 sheep for every human in NZ.

After exiting the motor coach we cruised across Lake Manapouri.

Along the lake are these unusual formations where the roots are intertwined with the rocks. 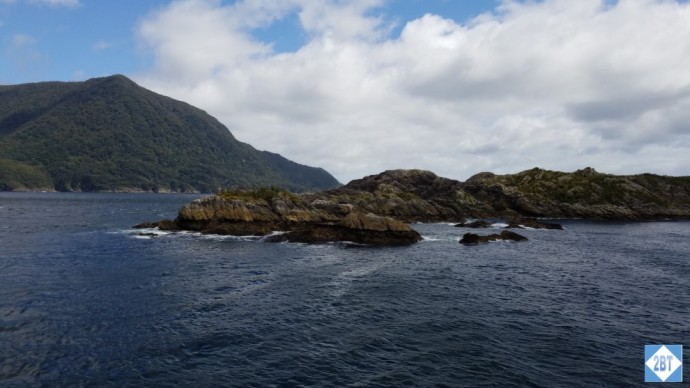 Rocky outcroppings in the sound

My best photos all seem to involved snow-covered mountains. Hmmmm.

The sides of the sound were covered in trees but the mountains always popped up behind. 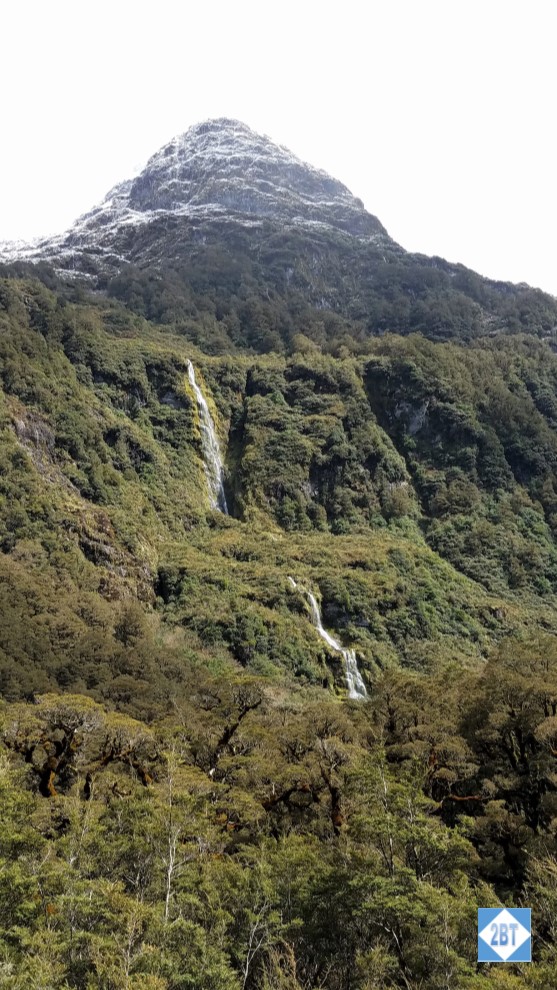 Lots of waterfalls in this region.

I mean really, lots of waterfalls. 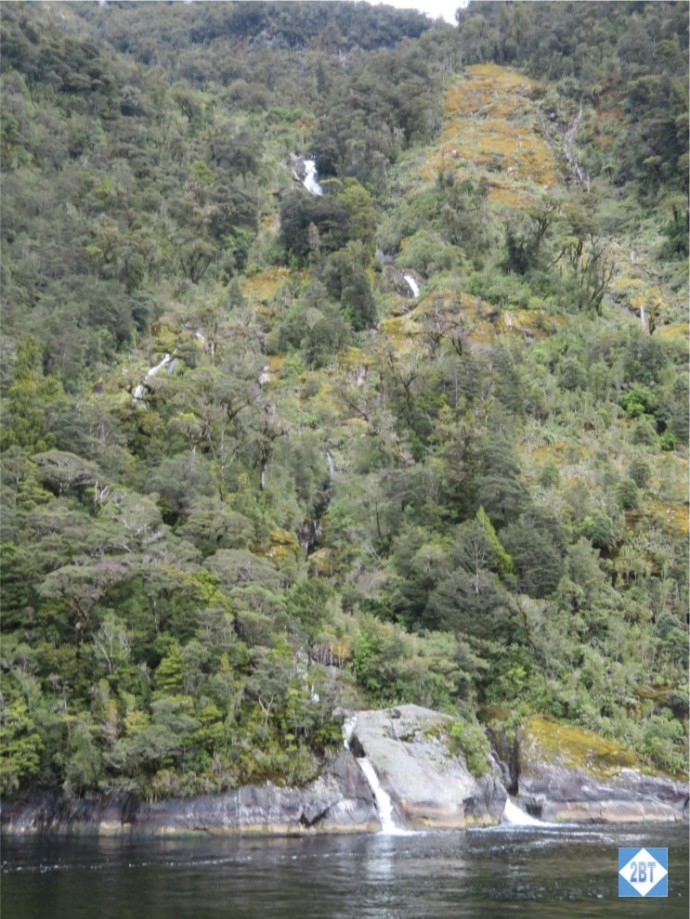 Go see it. Beautiful views. Not overly crowded in October though it may be chilly. You can’t believe the quiet.

#TravelTuesday photo: a bust of #Beethoven in the garden of his home in #Bonn, #Germany 🇩🇪