When searching for somewhere to stay in Auckland, we once again struggled to find a place that allowed us to use points and also had 3 beds. We eventually decided to pay cash for a stay at the Avani Metropolis Hotel in the CBD but I redeemed Barclays ArrivalPlus points to erase the charge.

The hotel is about a 30-minute drive from the airport – during times when there’s no traffic. It was probably around 2:30 PM when we arrived and our room wasn’t quite ready yet but we only had to wait about a half-hour (or less) before it was ready for us.

The hotel seems to be more apartment-style lodging than a “regular” hotel. We were given our card keys but were warned that if we lost one it was an $80 charge to replace it. I’ve never run into that before! The lobby is all marble (whether real or fake, I don’t know) with a carpet runner down the center. Staff members were friendly and recommended the Italian restaurant that’s on one of the lower floors of the building but is not affiliated with the hotel.

We took the very fast elevators up to our 2 bedroom unit. Seriously, we were on the 29th floor and the elevators were extremely quick! From the elevator lobby we were just a couple of doors down the hall.  We stepped through the door into a fairly long entry hall. 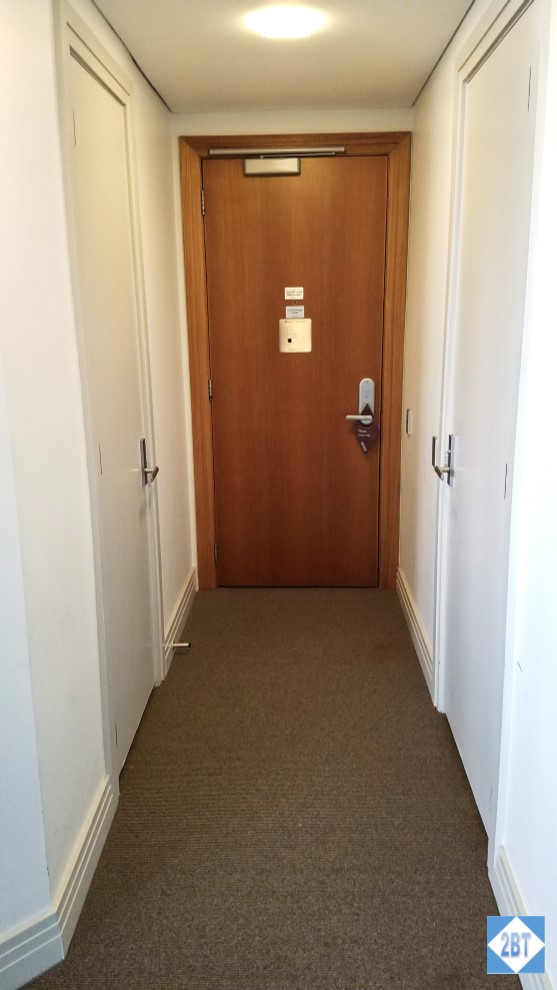 Entry Hall. The second bathroom is on the right. I believe on the left is a utility closet but it was locked.

The room had a kitchen with a bar, a living room and two bedrooms. The master was obviously larger and it was in this bedroom they’d split the king bed into 2 beds. Kudos for that! Each side had an electrical outlet, which was appreciated. There was a place for a small TV between the two wardrobe units but this particular condo did not have one. It didn’t matter to us but might to some people. The safe was located in this room.

Master Bedroom with the king bed split into twins, which causes the one on the window side to be offset slightly.

The two wardrobes in the master bedroom

The wardrobe on the left had the hanging area.

The one on the right had drawers, shelves and the safe.

The master bath was large and had a separate shower stall and soaking tub.

Tub in the master bath. 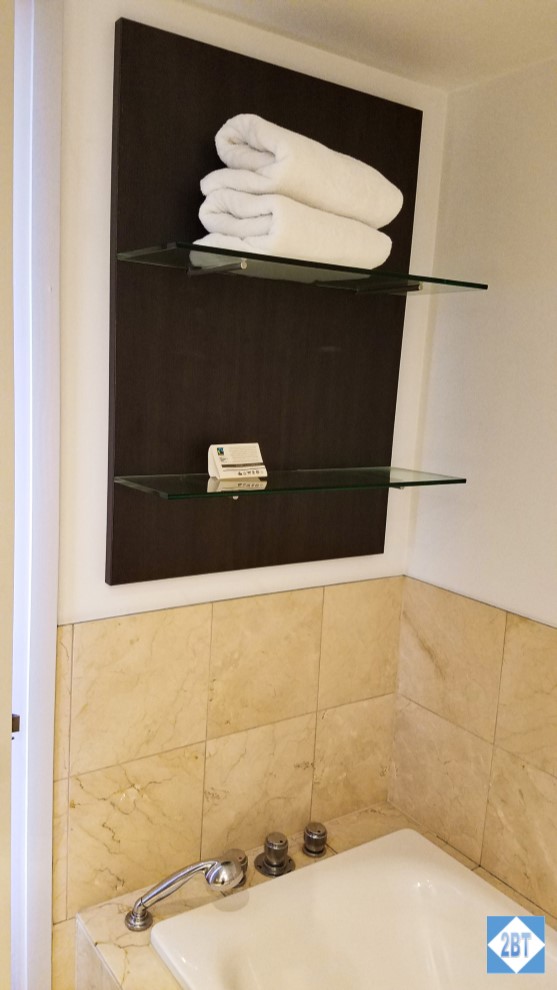 Shelving over the tub 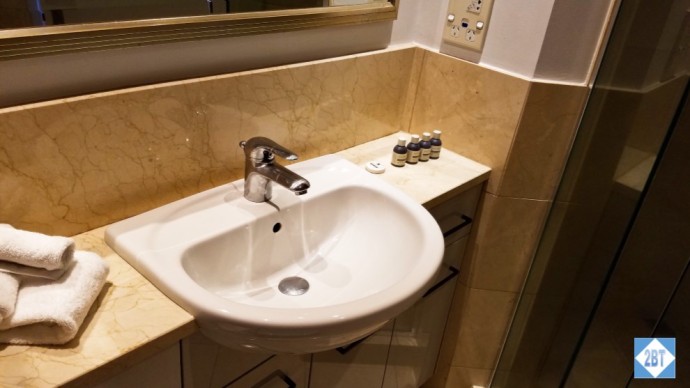 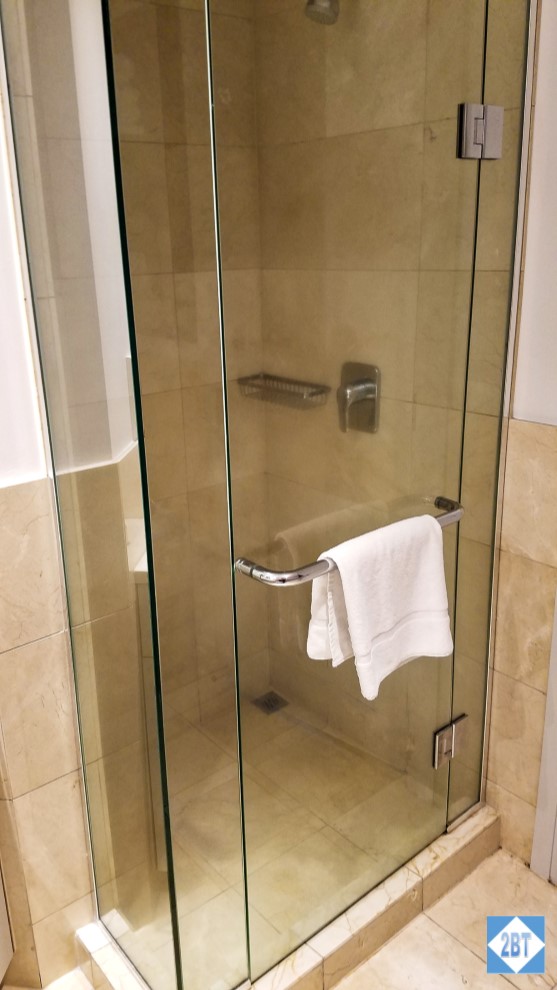 The shower stall was behind the door. 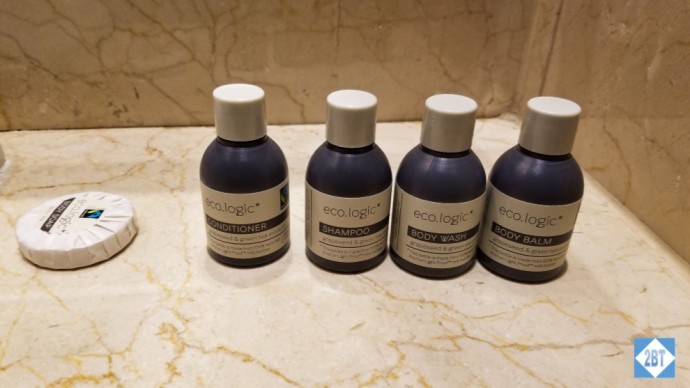 The second bedroom had a queen bed.

Its bathroom was quite small – like, cruise ship bathroom small – and was just inside the front door. It only had room for a shower stall.

The kitchen was fairly well stocked though did not have any paper towels on hand which seems like something obvious. 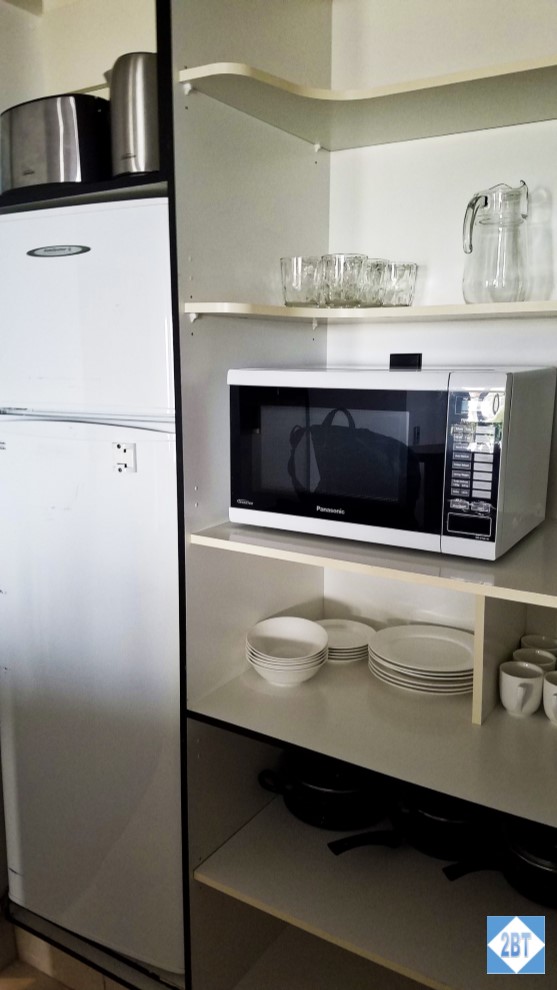 Coffee and Tea setup for those who can’t live without

The living room also had a dining table but I liked the full-length windows. 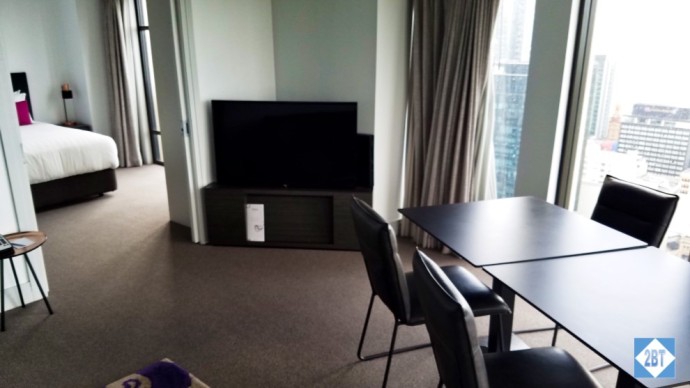 View from the sofa

The windows were fairly dirty but there had been a fair amount of rain recently and while we were there a massive fire had broken out at a nearby construction site so I’ll give facility management a pass on this one.

View from the 29th floor

The sofa was not particularly comfortable.

We tried to connect our tablet to the TV to watch a movie but there didn’t seem to be a way to wirelessly connect, even though there were several cables meant to allow a laptop to connect.

The hotel does have an indoor pool with a couple of hot tubs. One of the hot tubs is outside but is under a cover. As it was occupied I don’t have a great photo.

One hot tub is just to the right, out of frame. Another is in the far back corner; you can see the rail. A third is just outside the windows on the left, under an overhang but outdoors.

There’s also a pretty decent gym that I didn’t use. 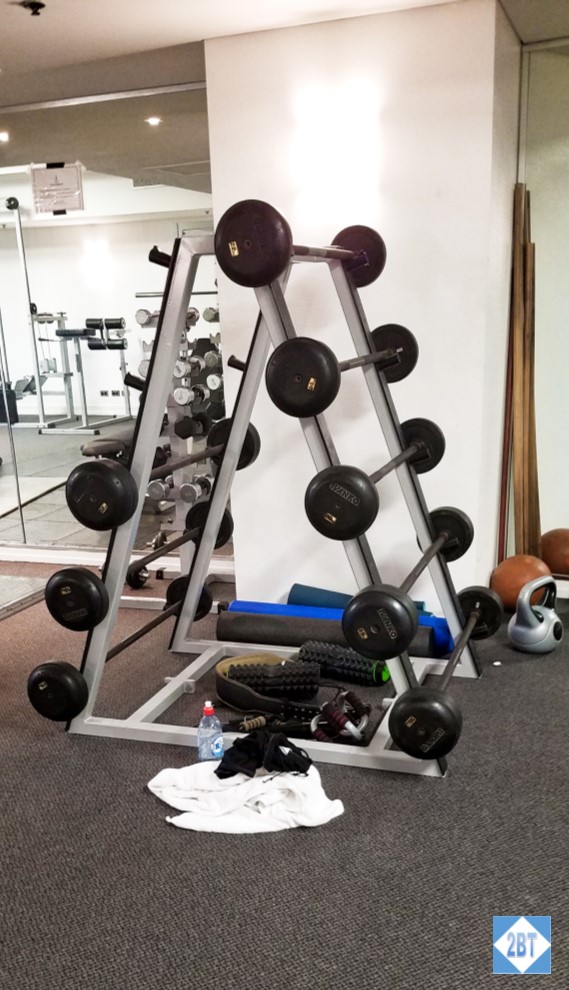 Parts of the CBD are pretty hilly and this hotel is on the side of a hill. If you’re mobility challenged it may be difficult getting back up to the hotel from the main part of the CBD (which also has hills). But we were in easy walking distance of a number of restaurants and shops, which was nice.

There are no restaurants inside the hotel itself, but on the lower levels there are external entrances to an Italian place (*very* small), a coffee shop and another shop or two.

This hotel worked well for us as we could get three beds and it was near the CBD. It’s not fancy but it provided what we wanted and that’s what was important.