After wrapping up our tour of Iceland we took an early-morning Icelandair flight to Munich where we’d spend the last few days of our trip. With the time change we arrived in Munich in the early afternoon. We took the train to the city center.

You know the old real estate slogan “Location, Location, Location”? That’s absolutely true of the aloft Munich. It’s literally across the street from the Hauptbanhof, or Main Train Station. This makes it not only easy to get to anywhere the train goes, but it’s also a stop for the intra-city tram system and the hop-on/hop-off buses have their offices and stops nearby as well. 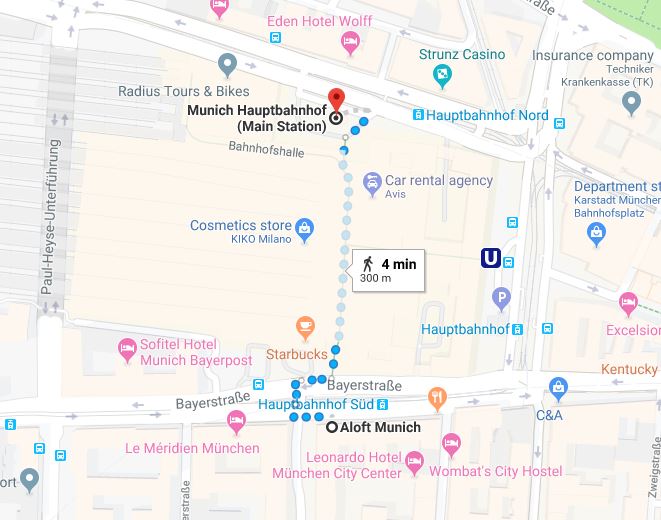 aloft Munich location in relation to the Hauptbanhof

We reached the front desk and were greeted by a friendly clerk who seemed to be working almost the whole time we were there. He noted that my Gold status did not qualify for a free breakfast. We were given keys to our room on the first floor (and since we’re not in the US, that’s the floor above the ground/current floor). The elevators are right beside the front desk so they’re hard to miss. END_OF_DOCUMENT_TOKEN_TO_BE_REPLACED

Earn 2x Starpoints on your first three stays at ANY hotel in the SPG program from January 16 through April 15, 2017.

Once you register you’ll get a special offer tailored just to you.

As you can see, mine was to earn an additional 10,000 Starpoints.  This would be a fantastic offer if I had planned paid stays for the first few months of 2017.  Unfortunately I doubt I’ll be able to take advantage of this offer.

What was your special offer?

Starwood Preferred Group is the hotel group for hotel brands like Sheraton, St. Regis, Westin, Four Points, Le Meridian, aloft, element and W Hotels. While Starpoints are incredibly valuable, they’re not necessarily easy to earn, other than by staying at one of the hotels.

Right now Starwood is running a promotion where you can earn 1000 Starpoints for every weekend stay between now and August 31, 2015. All you need to do is register and start collecting bonus points. A weekend stay is defined as a Friday, Saturday or Sunday night, except in the Middle East where it’s defined as a Thursday, Friday or Saturday night.

One of the great things about Starpoints is they have a number of airline partners, including airlines that are not partners with American Express Membership Rewards or Chase Ultimate Rewards. Look at all these airlines: 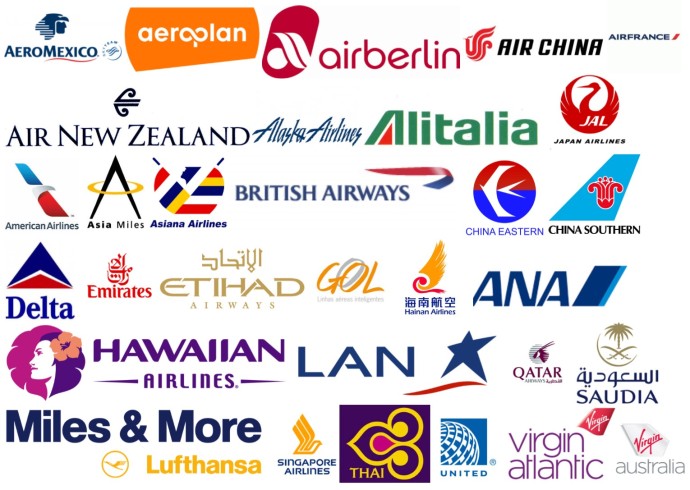 Most of these partners transfer at a 1:1 ratio. The exceptions are Air New Zealand (65:1), LAN Airlines (1:1.5) and United Airlines (2:1). Obviously you want to stay away from transferring to Air NZ and United unless you’re desperate to top off an award.

From now through August 7, 2015 there’s an additional 20% bonus for transfers to American Airlines. This means in addition to the standard 5,000 point bonus, you’d end up with an additional 5,000 miles in your AA account. For example:

That’s a great deal if you have plans for redeeming your AAdvantage miles. It’s not worth making a speculative transfer because the main thing that makes Starpoints so valuable is their flexibility.

Starpoint transfers are not instant, so if you find seats on the flights you want, put them on hold until the transfer is completed. The terms and conditions state it may take up to 7 business days for the points to transfer. That can be an eternity when you’re trying to get the last award seat or two on your flight, so plan accordingly.

Note that that 5,000 point bonus is awarded only when 20,000 points (or more) is transferred in the same transaction. So you can’t transfer 5,000 points today and 15,000 points tomorrow and expect to get the bonus.

Starwood allows a max of 79,999 points to be transferred in a single transaction. Both the SPG account and the airline account must have identical names. All transfers are one-way, non-reversible and non-refundable.

One way to rack up Starpoints quickly is with the SPG American Express card. Simply make $3000 in purchases in the first three months and you’ll earn 25,000 Starpoints – which will translate to 35,000 American AAdvantage miles if you earn the points quickly enough for the offer above. Otherwise, they will still be worth 30,000 miles on most airlines or you can use them at one of the hundreds of SPG hotels worldwide.

If you allow me to refer you for the card, I’ll receive a 5,000 Starpoint bonus if you are approved. Just send me your email address to 2btraveling@gmail.com and I’ll be happy to refer you.